What is the Original Oregon Territory? Oregon Maiden Gift Basket Company’s original byline was “Finer Goods & Gifts from the Original Oregon Territory”. The Oregon Territory encompasses an area in the Pacific Northwest now known as Oregon, Washington, Idaho & parts of Montana. The concept of the Original Oregon Territory reaches back in time thru a short 2 year portal of time when the Territory of Oregon existed as an incorporated territory of the United States from August 14, 1848, until February 14, 1859. Soon after, the southwestern portion of the territory was admitted to the Union as the State of Oregon, with more territorial & statehood subdivisions to follow. Indigenous Peoples, Fur Trappers, Trading Companies, Missionaries & Homesteaders from all points north, south, east & west crossed paths with each other against a backdrop of untouched forests, salmon filled rivers, fertile valleys & pristine beauty. Deadly conflicts over arrogant land grabs & greed, aka Manifest Destiny, led to hardship, horror & heartbreak for many a homesteading pioneer and the  multitudes of Native American men, women & children they forcefully displaced. 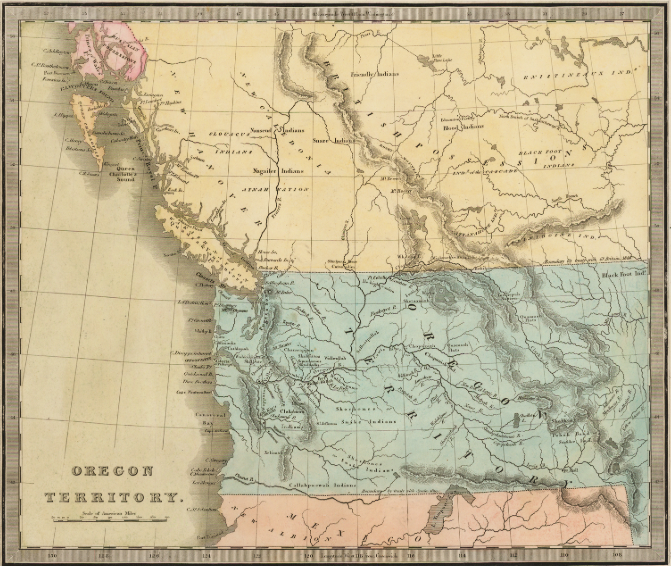